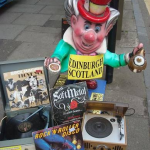 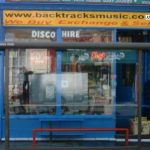 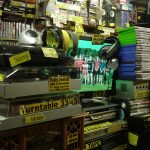 In over 32 years in Tollcross, many customers have thanked Backtracks music for knowledgeable advice offered and finding elusive records, rare cds, games or mad requests which I have personally hunted for. Written reviews and testimonials are collated below online from Scotland, England, France, USA etc or in our Edinburgh shop praising our quality products, and services on offer at

Thank you if you have taken the trouble to write and have appreciated our efforts via feedback page.

5 March 2022 Backtracks Edinburgh ☆☆☆☆☆ What an absolutely amazing place. We popped in for a look today whilst on holiday and I wish I had spent the rest of the day there taking it all in Shared on our FB retro Games group with over 500 likes in an hour. Thank you very much for the look around. We will be back Andy B

June 2019 Backtracks music shop Facebook review: Such a great shop with an amazing owner. Tommy is kind, caring and helped us a lot suggesting heaps of fascinating stuff to do while in Edinburgh.
The shop itself is a gem: packed with super cool cds and vinyl DEFO WORTH THE VISIT!
Thanks again by the two Italian girls - Francesca Disegna, JulieDraws 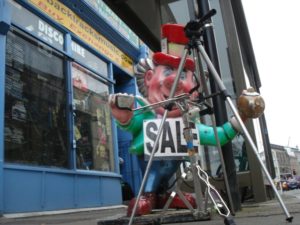 Sept 2015 Backtracks Games 5 star A must see place for a retro game maniac like me. A shop where you can find retro game gems and bunch of awesome records. Staff friendly and definitely knows it's business. If there would be more places like this there would be peace on earth Ville Miettinen Finland

September 2014 I was really impressed by your shop. So many things in such a small place! Roman Panbertin Photography Hamburg.

April 2014 The best retro shop in #Edinburgh @BacktracksEdin Check them out for retro game's, records even if you just want a cable for something. Jack Cuthill Edinburgh

June 2012 Hi! I'm David, I appeared in your store on Tuesday afternoon requesting blank VHS tapes. I just wanted to take the time to say thanks for your help and advice. I'll be sure to pop in again David Caldwell Edinburgh

Sept 2011 I had a problem with a musical instrument which I could not solve and upon contacting Mr. Tommy Robertson (Backtracks Music Shop Edinburgh) I found he could not have been more helpful and certainly knew his stuff! Walter Beattie, M.B.E Lothians Scotland

August 2011 - Backtracks Music shop Edinburgh - Amps etc, Wish there was a shop like this at home Robbie Bristol England

October 2010 I had a dream years ago about a store that sold everything you wanted and this could be it. Probably the cosiest store in Edinburgh definitely recommended if looking for LP records ie Smiths, Ray Charles or audio systems Kalle Hellminsk Sweden

As a pensioner I was very happy with Backtracks service tuning tv, video and supplying replacement T Small

March '10 Backtracks Music Edinburgh Hi Tommy! Have been meaning to get back to you for ages... The cd to France took 6/7 days to arrive! Thanks again for going out of your way! Duncan FRANCE

March '10 Record Voucher Edinburgh Thank you for your kind note, Tommy. Steve just emailed me also to let me know the fun they had looking in your Backtracks Music store Edinburgh-Kathleen USA.
March 2010 Thanks for very quick service sourcing reel to reel tapes received next day J Berwick England

Feb 2010 Website cd order request Thanks for getting back so quick! How much would it be to have it posted to France? Duncan McKenzie Toulouse
Feb '10 Backtracks-Very good service obtained deleted nza Student Prince D Bathgate Edinburgh Jan 2010 Hi Tommy, Thanks for letting me know. I'm delighted to have found (Backtracks Music Edinburgh) (courtesy of Google), because I thought I'd never get hold of these (deleted cds). Best wishes Roy Mackay

EdinburghSept 09 I bought a record player turntable and can definitely recommend Backtracks music for their most helpful service. Elizabeth Jogee Edinburgh

Feb 2009 Amazing, where else can you get such a broad range of retro games in Edinburgh than in this shop  Nintendo, SNES, Amiga etc I'll be back! Robert Cairns Edinburgh

I trekked all over Edinburgh city centre from St Andrews Square, Princes Street, Lothian Road To HMV, Virgin, Woolworth and many other stores and shops and was delighted to eventually find a copy of Braveheart on video and DVD  at Backtracks. Edinburgh. Not one of the other stores  had either formats available Thank you John McIlquham October 2007

Thank you for providing a first class service at Backtracks for my TV and digital freeview in setting it up and checking everything was to my satisfaction.- Mrs J Banks Tollcross

Glad to see your Backtracks shop is still open having visited it seven years ago from (USA), especially as having lost a rare Black recording bought from you then , We have been unable to trace it until now. Thanks and hope you continue to find some other elusive gems for us next time. J. M Crowther

July  2007  Doom N64 game and hard to find cds no other shop could supply was ordered and quickly supplied at Backtracks Music & Games shop Tollcross Edinburgh.- B. Ipolitto - service I can  recommend .